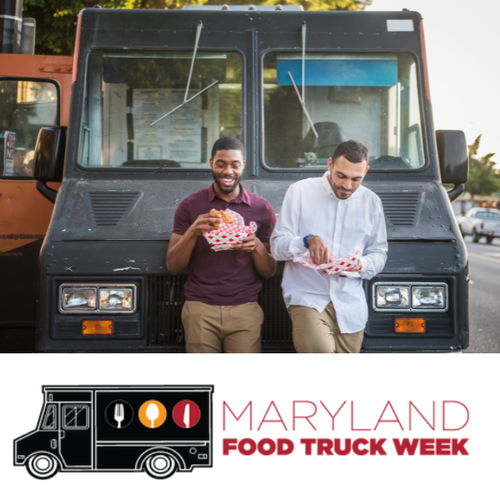 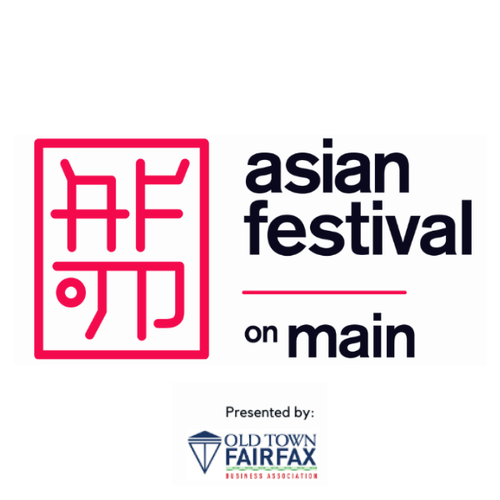 Curbside Kitchen is a proud sponsor of the upcoming Asian Festival on Main on Sunday, July 25th in Fairfax City!

The event is about creating togetherness, love, diversity and we could not be more proud to be a part of it. 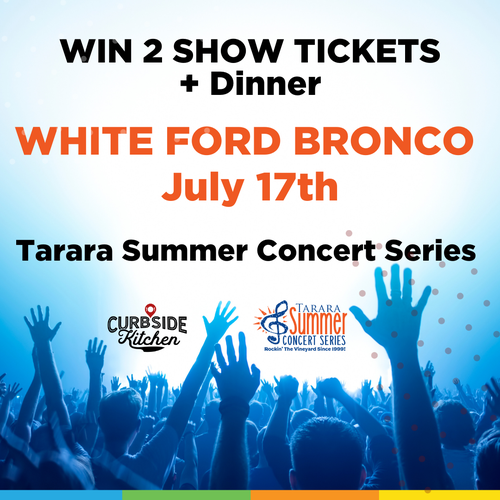 Curbside Kitchen is thrilled to, once again, be powering the food truck experience for this year's Tarara Summer Concert Series.

To celebrate, Tarara Summer Concert Series and Curbside Kitchen are teaming up to give music and food lovers a chance to win 2 tickets to the White Ford Bronco Concert at Tarara Winery on July 17th along with dinner and dessert from our food truck partners.

The contest will fun on both Facebook and Instagram social media platforms from Tuessday, July 6th - Sunday, July 11th at midnight. All you have to do to enter is:

For additional entries, you can share this post to your wall or story and tag Curbside Kitchen  **Winners package includes 2 concert tickets to White Ford Bronco on July 17th, one meal from 7 Starr Wings food truck, one meal from ResQ BBQ, and 2 cups of gelato from Gemma Gelato**

The winner will be chosen at random and announced on Tuesday, July 13th. 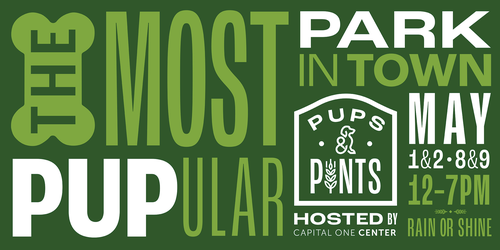 During the first two weekends in May, Capital One Center will convert the McLean Metro Parking Lot into a dog park complete with food trucks powered by Curbside Kitchen, a biergarten, live music, local businesses offering dog-friendly products and services, and a full day of activities! This event is free to attend with a $15 donation recommended to support our charity partner, Lucky Dog Animal Rescue. Registration is required for entry to ensure a safe, socially-distanced environment.

LINK TO REGISTER via Eventbrite 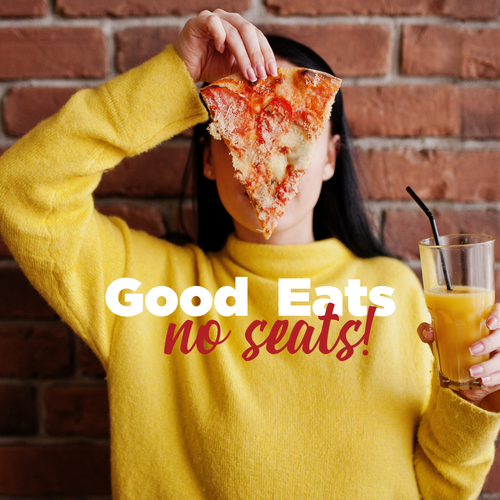 Join Your Colleagues On The Curb!
View details

Curbside Kitchen works with the finest food trucks and vendors in the DMV, Philly, and Raleigh/Durham areas offering breakfast, lunch, and dinner options “trucked in” daily to office parks, residential complexes, and neighborhoods. Curbside Kitchen’s booking software is the recipe for success and provides a culinary experience that will give you an opportunity to refuel and keep your workday spicy!

Join your colleagues "on the curb" and enjoy a daily variety of delicious cuisine when you sign up with Curbside Kitchen.

Click the button above to watch our latest video! 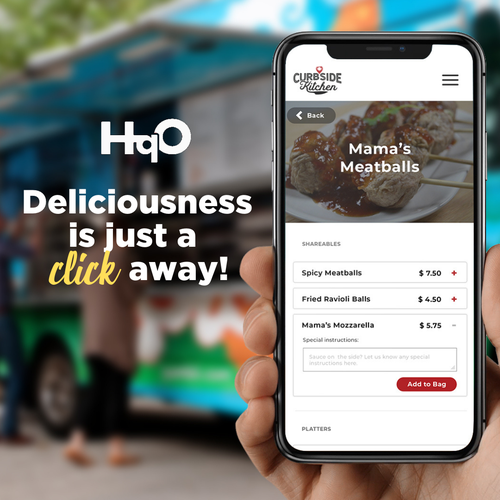 BOSTON – November 9, 2020 – HqO, the end-to-end tenant experience operating system for commercial office buildings, has partnered with Curbside Kitchen, a company that has reimagined the food truck experience for employees adapting to the “new normal.” Through the HqO app, Curbside Kitchen will provide tenants with a contactless solution for ordering fresh and delectable food. As companies develop their back-to-workplace strategies, access to affordable, reliable, and safe amenities for tenants has become critical to the success of the tenant experience.

“With so much uncertainty surrounding the return to the workplace, our clients are looking at ways to leverage mobile offerings to supplement their on-site amenities,” said Reid Snyder, Director of Platform Solutions at HqO. “Partners like Curbside Kitchen allow property teams to easily book food trucks for their buildings, accessing more diverse food options for their tenants.” 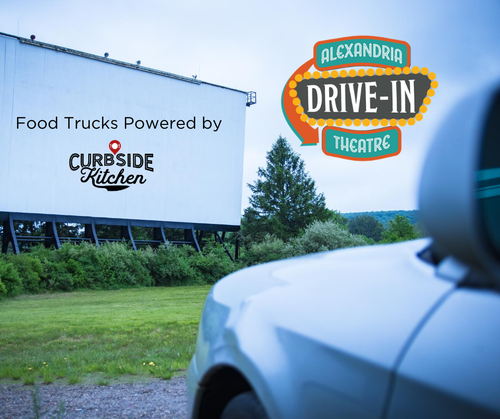 Amid the coronavirus pandemic, drive-in theaters have been making a comeback, and later this month, Alexandria will launch its new drive-in movie experience, bringing family, friends, and average moviegoers together safely and socially distant to enjoy great cinema classics under the stars.

The  Alexandria Drive-In Theatre, presented by Alexandria based businesses ALX Community and The Garden, will kick off on Saturday, August 29. The six-part movie series will run on Saturdays through October 3 and will feature a popular collection of movie classics and family favorites. The drive-in theatre will be located in the Eisenhower section of Alexandria in the parking lot connected to commercial space owned by real estate developer and event partner Stonebridge. The lot can comfortably accommodate up to 215 cars per screening.

Curbside Kitchen is proud to help this initiative by powering the food truck experience with a rotating selection of sweet and savory food truck cuisine from local truckers.

All of the proceeds from the movie series will benefit local Alexandria charities ACT for Alexandria and Athena Rapid Response. 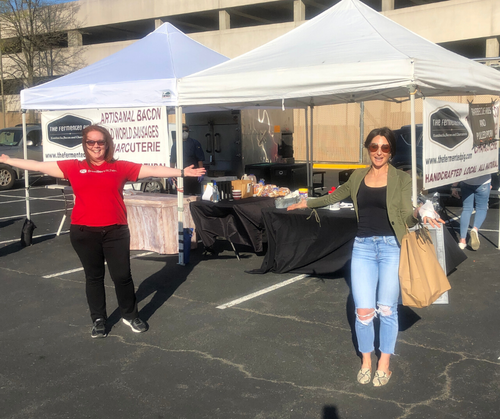 April 8, 2020 | DC Inno  A Tysons-based company that built a business around bringing food trucks to office complexes and homes has raised a new round of funding to help it shift gears to deal with new social distancing recommendations.

"With the threat of the coronavirus pandemic, getting food while keeping at a safe distance has become more complicated. To adjust to the new recommendations, Curbside Kitchen has shifted its focus from office buildings to multi-family residential buildings".

Pictured below a joint residential event with Frontier Kitchen at 2350 Corporate Park Drive in Herndon. 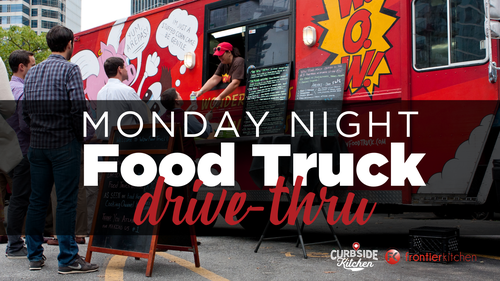 We will be hosting a food truck DRIVE-THRU on Monday, 4/6 from 4-7pm at 2350 Corporate Park Dr. We are kicking off with two amazing trucks - The Fermented Pig and the Roaming Coyote! Come grab BBQ or tacos (or both!) and support these Virginia based business owners.

To adhere to social distancing legislation ALL ORDERS MUST BE PLACED ONLINE IN ADVANCE. Please indicate your pick-up time preference in your order notes (between 4-7pm). Ordering links will go live at 9pm the night before.

We hope for this to be the first of many! 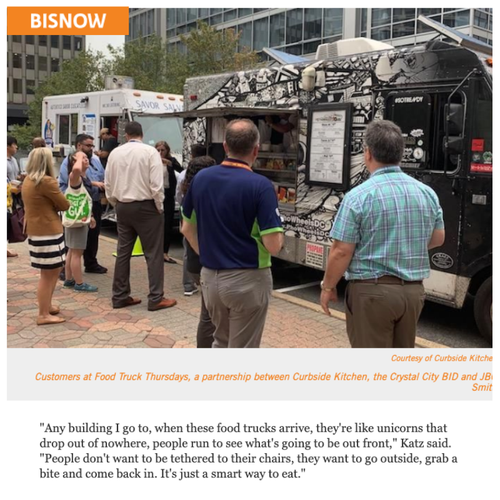 Tysons VA, November 20, 2019.  In an increasingly competitive office market, landlords continue to search for new amenities that appeal to tenants. One of the latest trends popping up is providing services that bring new lunch options for workers.

"Any building I go to, when these food trucks arrive, they're like unicorns that drop out of nowhere, people run to see what's going to be out front," Katz said. "People don't want to be tethered to their chairs, they want to go outside, grab a bite and come back in. It's just a smart way to eat." 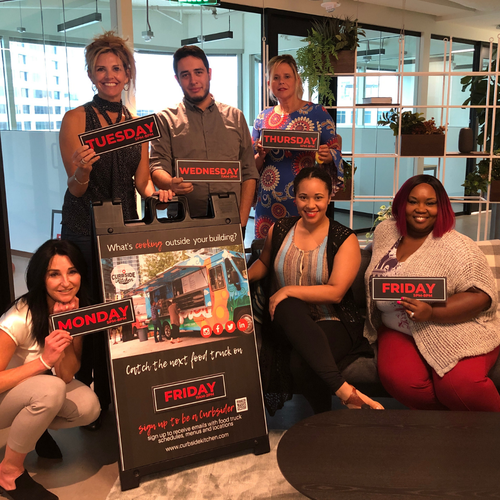 Herndon, VA – August 7, 2019– The Center for Innovative Technology (CIT) announced today that the Virginia Founders Fund (VFF) has invested in Tysons Corner, Va.-based Curbside Kitchen, developer of a technology platform that connects owners of Commercial Office and Multi-Family Residential buildings with Food Trucks. Curbside Kitchen plans to use this investment from the VFF to hire additional team members in multiple areas to scale business operations to new markets, and complete a full build-out of their technology to include a mobile app, dynamic scheduling and mobile ordering.